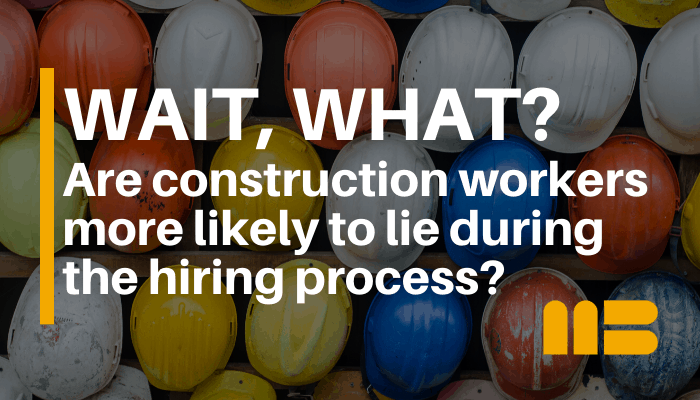 Post Contents show
Key Points:
Only One in Six Job Seekers Said They Didn’t Stretch the Truth During the Hiring Process
Amount of Applicant Misrepresentation
What Are the Most Common Lies Spoken During the Hiring Process?
Percent of Job Seekers That Make Inflated Claims
What Will Hiring Managers Let Slide?
Hiring Leniency Based on Misrepresentations
In Many Cases, Lying Does Lead to Firing
Construction Workers Most Likely To Lie

Applying for a new job can be stressful, and a new survey reveals that uncertainty causes most job seekers to lie on their resumes to stand out. Checkster’s survey results indicate that 78 percent of applicants who have applied for or earned a job offer in the last six months agree that they have or would consider misrepresenting themselves on their application.

The survey received feedback from 400 job applicants and 400 hiring managers, recruiters, and others experienced in human resources.

What Are the Most Common Lies Spoken During the Hiring Process?

Per CNBC, here are the most common lies spoken during the hiring process and the proportion of applicants who have or would consider lying:

What Will Hiring Managers Let Slide?

Per CNBC’s interview, Checkster’s CEO Yves Lermusi says it’s not entirely shocking that applicants are most likely to lie about their expertise or previous job dates.

“Exaggerating your skills may be seen as easy to get away with during the interview process, as it’s difficult to check unless there is a skills test in the process,” Lermusi says. “Also, candidates may assume that prospective employers won’t check with their previous employer to confirm details about their past work experience.”

That said, hiring managers seem lenient with applicants stretching out the facts. Just one in three would never hire a dishonest candidate, leaving the remaining 66 percent of hiring managers who are willing to hire someone despite the claims being exaggerated.

Many people who are willing to employ someone who lied say that if the applicant had a “good explanation,” they would do so. The next most common reason: is if they can not find any other applicants for the position.

According to the 92 percent of hiring managers who would still hire someone lying about their ranking, applicants who inflate their GPA are the least offensive.

Hiring Leniency Based on Misrepresentations

Nonetheless, nearly half the hiring managers state they would never hire someone who lied during a reference or background check.

Lermusi says he was shocked by the majority share of hiring managers who are willing to make a job offer to a dishonest candidate but points to the tight labor market as a reason why hiring managers are under pressure to fill positions, even if they find a misrepresented applicant.

“These results may feel discouraging for honest applicants trying to find a job,” Lermusi says. “After all, if everyone else is lying, then won’t they look better than you? However, employers using reference checks, background checks, skills tests, etc., will be able to separate truthful from dishonest candidates, and candidates may burn themselves for future jobs.

In Many Cases, Lying Does Lead to Firing

Nonetheless, there is always the opportunity for the truth to come out later for candidates who don’t get caught in a lie during the hiring process. In addition, if you’re not careful, you may become a hilarious resume meme.

As CNBC states, An NBC News report in November 2019 found that Mina Chang, the Deputy Assistant Secretary at the Office of Conflict and Stability Operations of the State Department, embellished her resume and made misleading claims about her professional background, including by creating a fake Time magazine cover with her name on it.  A week later, she resigned.

Construction Workers Most Likely To Lie

Construction workers were most likely to lie during the hiring process, according to the Checkster study.   While this may be the case for the study, we’ve found that the construction candidates that we work with daily are predominately honest, career-conscious professionals.  Of the 100s of placements we’ve made at MatchBuilt, only two cases of dishonest candidates during the interview process immediately come to mind.

In one case, a candidate lied about having a degree and had an opportunity to tell the truth and keep their job.  Unfortunately, they didn’t come clean and were let go.  In another case, a candidate was not forthright regarding why they left their last post.  It was subsequently determined that they were let go instead of left alone.  Again, they had an opportunity to tell the truth but decided against it and were removed from the process.

Information and software, retail, and manufacturing workers also lied more than the average candidate per the survey.  The most honest working people around are those in hotel and food service, health and welfare, education, and government.

If you are preparing for an upcoming interview and want to ensure that you have a robust, honest conversation while reducing common interview blunders, you may be interested in our feature on behavioral interview questions and answers for management positions.

View Our Jobs:  You can view many of our current residential construction home builders and building materials job openings here.

Get In Touch:  If you have an open role you are looking to fill, please get in touch today. 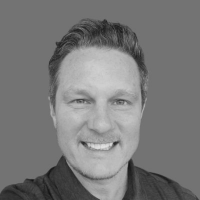 I’m the founder of MatchBuilt, a leading recruiting and career coaching firm based in the United States.

We’ve helped people change careers and land jobs at some of the largest companies in the world with and without formal industry experience or a relevant degree.

On this blog, our team shares lessons learned by working with hundreds of clients and helping thousands of job seekers, from the latest resume and LinkedIn best practices to interview preparation techniques and career development strategies.